Death? Been There, Done That 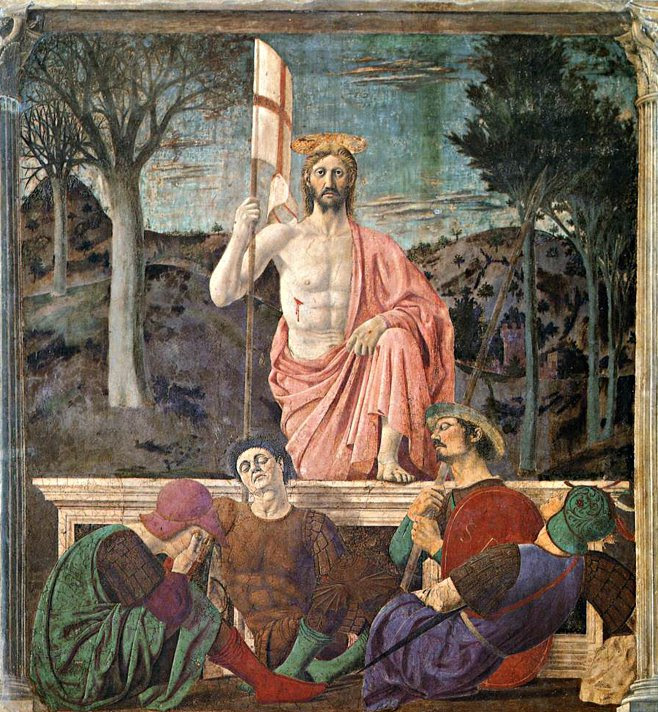 Our Lord: That's another matter. About two millennia back, Jesus was tortured, executed, and buried: but I'm getting ahead of the story.

Someone named Abram moved out of Ur, changed his name to Abraham, and settled near the east end of the Mediterranean Sea. That was about one and a half or two millennia before the Golgotha incident.

Folks didn't have standardized calendars 35 to 40 centuries back, Western civilization went through two or three resets1 since then — and that's yet another topic. (March 11, 2012)

Abraham made some good decisions — and a really bad one, leading to a domestic dispute we're still dealing with. Still more topics. (August 16, 2011; Another War-on-Terror Blog (October 8, 2007))

A descendant of Abraham, sold as a slave, wound up running Egypt: and saved many lives during a famine. (Genesis 41:40 and following)

A few centuries later, a refugee named Moses had a face-to-burning bush talk with God:

Egypt's ruler learned — the hard way — that it's not prudent to ignore what God says, and descendants of Abraham moved back to the east end of the Mediterranean. 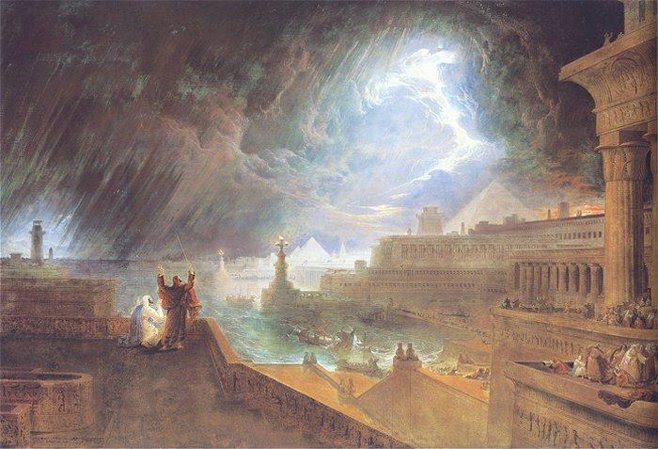 (From John Martin, via WikiMedia Commons, used w/o permission.)
('Now that I have your attention ....')

More centuries passed, and descendants of Abraham finally got it through their heads that God, the great I AM, is ONE.

Then some Nazarene miracle-worker said, as plainly as possible, "I am God:"


"So the Jews said to him, 'You are not yet fifty years old and you have seen Abraham?' 23

In a way, it's a bit surprising that folks didn't kill him on the spot. They knew what happened when they worshiped anyone or anything besides the God of Abraham, and didn't realize that Jesus really is I AM.

Our Lord's own disciples weren't all that much quicker on the uptake:


"Philip said to him, 'Master, show us the Father, 7 and that will be enough for us.' 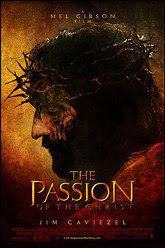 Okay. Now I'm back to events we review every Good Friday. Our Lord was railroaded through a trial — two, if you count the interview with Herod — tortured, executed, and buried.

I sympathize, a little, with movie critics who said "The Passion of the Christ" (2004) was 'too violent:' and that all the blood obscured the film's message. Americans have gotten used to nice, clean, 'decently' sanitized versions of our Lord's crucifixion.

But I'm an adult convert to Catholicism, wear a little sculpture of a dead body around my neck, and understand why we have those ghastly, bloody crucifixes. (April 27, 2010; January 19, 2010)

Jesus was dead. Roman soldiers had been running the execution, and knew the difference between a dead body and someone who had fainted, or was pretending to be dead.

About three decades back, JAMA (The Journal of the American Medical Association, a peer-reviewed medical journal covering all aspects of the biomedical sciences) published an analysis of what our Lord went through. It isn't an easy read, but worth the effort. My opinion: For anyone else, that would have been the end. The disciples might have tried to return to normal lives, forgetting as much of what happened as they could — hoping that the authorities would do the same.

But Jesus isn't anyone else. Two millennia later, we celebrate Good Friday and Easter — because our Lord didn't stay dead.

If that seems unbelievable, it should.

It took a series of meetings and working lunches to convince the surviving 11 that our Lord was really, no kidding, break-bread, eat-a-fish, put-your-hand-in-my-side, ALIVE.


"And it happened that, while he was with them at table, he took bread, said the blessing, broke it, and gave it to them."

"With that their eyes were opened and they recognized him, but he vanished from their sight."
(Luke 24:30-31)
"While they were still incredulous for joy and were amazed, he asked them, 'Have you anything here to eat?'

"They gave him a piece of baked fish;

"he took it and ate it in front of them."
(Luke 24:41-43)
"Now a week later his disciples were again inside and Thomas was with them. Jesus came, although the doors were locked, and stood in their midst and said, 'Peace be with you.'

Once they'd been convinced that Jesus had stopped being dead, small wonder that all but John decided that a painful death was preferable to denying that our Lord lives. They'd gotten a glimpse of the big picture, the reality that our Lord has opened a way into God's presence.


"Who will condemn? It is Christ (Jesus) who died, rather, was raised, who also is at the right hand of God, who indeed intercedes for us.

"What will separate us from the love of Christ? Will anguish, or distress, or persecution, or famine, or nakedness, or peril, or the sword?...

"...For I am convinced that neither death, nor life, nor angels, nor principalities, nor present things, 9 nor future things, nor powers,

John might have made the same decision, but didn't have the opportunity. Instead, he lived to a ripe old age, in exile on Patmos, and that's yet again another topic. 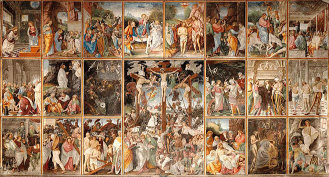 
"Go, therefore, 12 and make disciples of all nations, baptizing them in the name of the Father, and of the Son, and of the holy Spirit,

"Making disciples" isn't the sort of 'convert or die' thing Charlemagne did at Verdun, by the way. We're still cleaning up the mess from that atrocity. (May 18, 2014)

There's more to following our Lord than 'really believing,' reciting Bible verses, or putting loose change in the collection plate.

Truly respecting the "transcendent dignity" of humanity, and each person, isn't easy: but it's something we must do. Also building a better world for future generations. The job starts within each of us, with an ongoing "inner conversion." (Catechism, 1888, 1928-1942)

It's been a long haul, we've made some progress: and we have a very great deal left to do.

(From Jaime Jasso, via DeviantArt.com, used w/o permission.)

More of the same, pretty much:
1 The Late Bronze Age collapse, about 32 centuries ago, happened right around the time of the Trojan War — which may help explain why we're still not sure how much of our information about that conflict is fiction, and how much is fact.

Western civilization recovered, then about 15 centuries back we had another reset. The watershed event for that is the reign of Odoacer, first king of Italy: after which the Roman Empire didn't, in practical terms, exist.

The European Renaissance, about five centuries ago, wasn't — my opinion — quite as catastrophic a change.
Posted by Brian H. Gill

I think you meant 'convert:' "But I'm an adult covert to Catholicism, wear"

Indeed, Brigid. On the other hand, 'undercover/covert Catholic' has a nifty ring to it. ;)