Being Catholic: Saint Isidore the Farmer; and 24 Photos from 2010 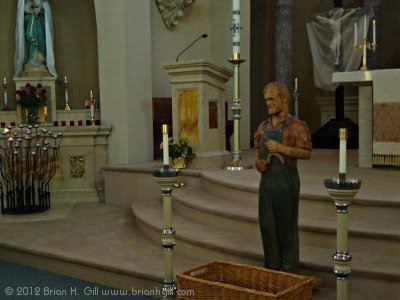 Statue of Saint Isidore, Our Lady of Angels church, Sauk Centre, Minnesota. May 15, 2010.

That's my parish's statue of Saint Isidor. Saint Isidore the farmer is part of this parish's life, particularly for the last several years.

The statue isn't always in front of the altar. May 15 is Saint Isidore, patron of farmers and gardeners, day: and is also in 'planting season' around here. The odds are that you know of him as Saint Isidore the Laborer, and that's another topic. Topics.

Not many folks in this parish are farmers, but some of us have gardens: and that's why the basket is there. Seeds put in the basket will be blessed during the week.

The idea isn't to grow magic beanstalks, or ward off garden pests. Here's part of what's on the back of a prayer card that I picked up:


"...O great Saint, help all farmers and gardeners spiritually to see the wonders God has strewn on this earth...."

Sauk Centre, Minnesota, has light manufacturing industries, communications and retail businesses, and enough professionals to keep this community of 4,000 going. And all of it relates, directly or indirectly, to the farms and farmers in this area.

Saint Isidore of Seville, Anachronisms, and the Domestic Church

Isidore of Seville lived in Spain, near Madrid, about 900 years ago. He certainly didn't wear overalls, and that's yet another topic: 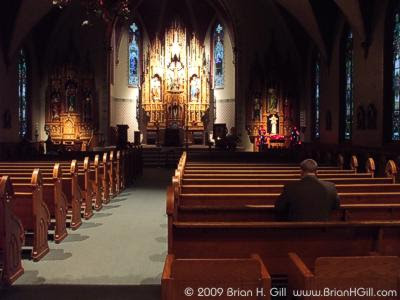 These posts are usually heavy on words and light on pictures. Today I'm switching it around: with mostly photos, and not many words. Here's what being Catholic looked like to me, more or less, in 2010: 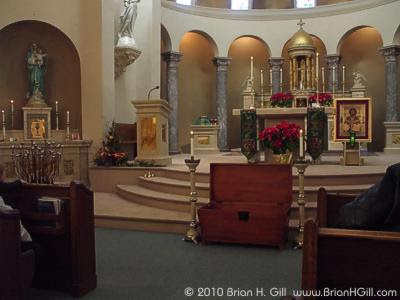 Our Lady of Angels church. Lent was more than two weeks away, but we were already collecting palms from the previous Easter. January 31, 2010. 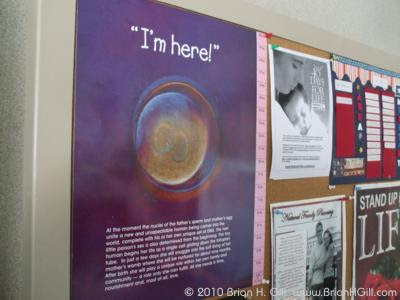 Our Lady of Angels. The bulletin board near the church entrance. January 31, 2010. Our Lady of Angels. That's Father Statz, our parish priest, on the floor. He hadn't fallen: that posture indicates the way we see what my Lord did on Golgotha. February 21, 2010. 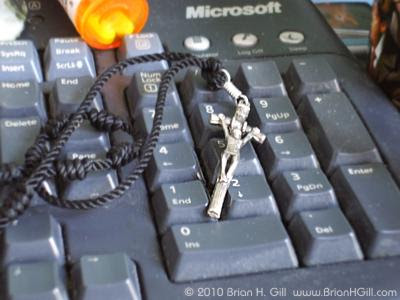 Crucifix, keyboard, and prescription bottles. Prayer is a vital part of being Catholic. Maintaining health is important, too: and we're not expected to ignore technology or science. March 4, 2010. 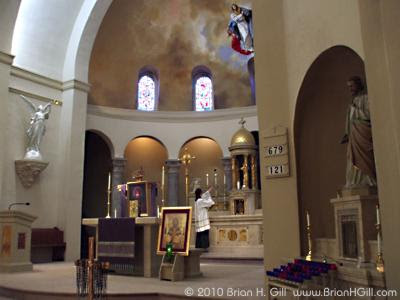 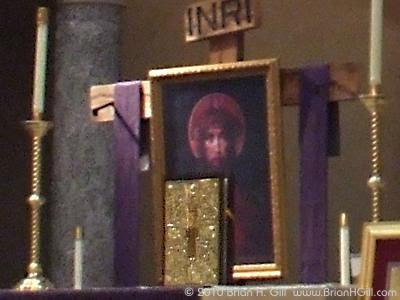 Our Lady of Angels' Gospel Book. This is the old Gospel Book, before someone stole it. It's gone, we've got a new one, and forgiveness is important. March 7, 2010. 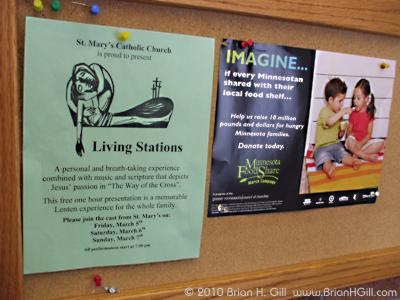 Our Lady of Angels bulletin board: another week, another set of announcements. March 7, 2010. 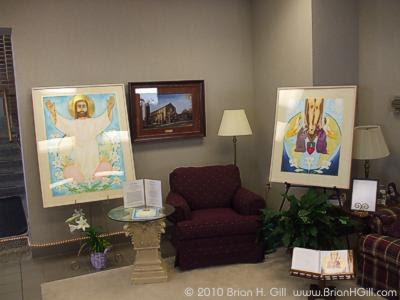 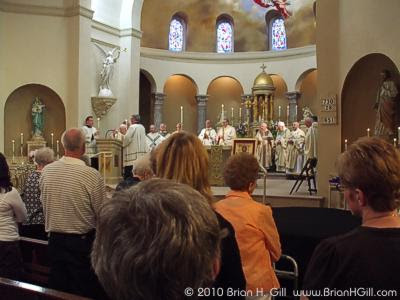 Father Sylvester Kleinschmidt's 60th year as a priest. We don't generally have that many priests and deacons at the altar, but this was a special occasion. March 29, 2010. 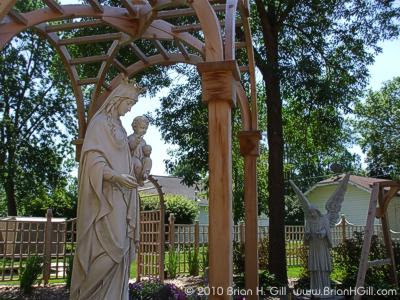 Part of the Marian garden between Our Lady of Angels church and rectory. I like that place. It's (fairly) quiet. June 28, 2010. 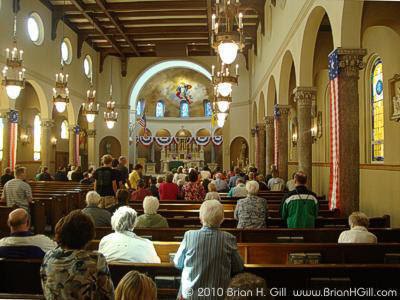 Being Catholic means being at Mass regularly. September 5, 2010. 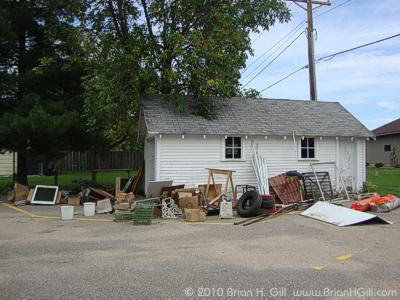 Sometimes being Catholic also involves clearing out the shed. September 5, 2010. 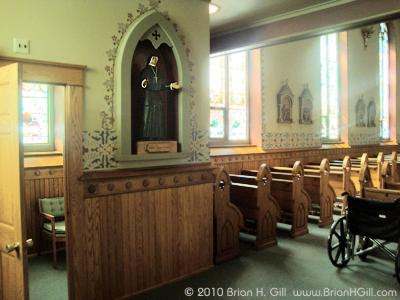 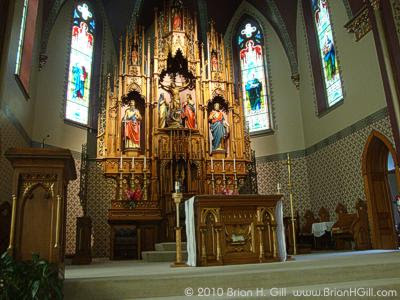 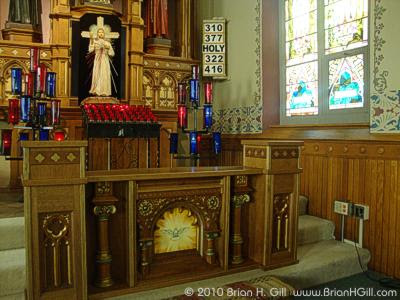 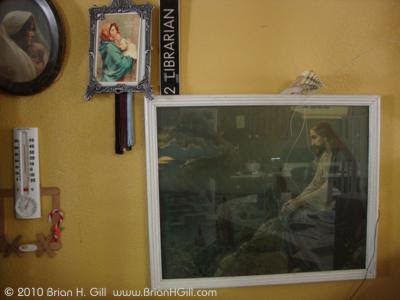 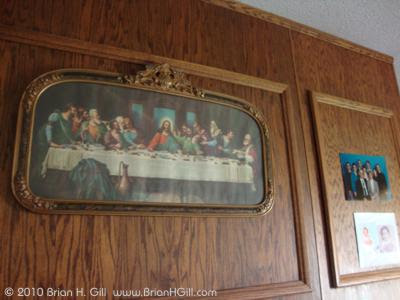 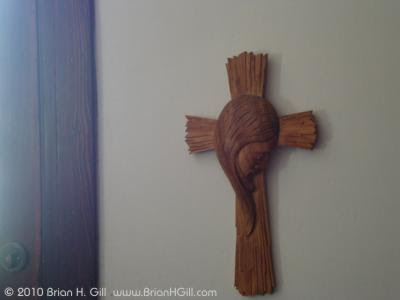 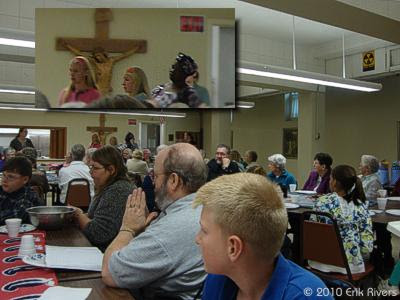 Someone else took this photo. I'm the bald guy, neat the center of the picture. We were getting together with folks from Kenya. September 18, 2010. 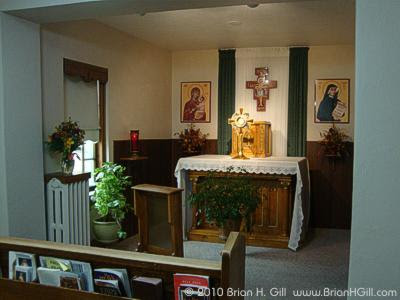 Adoration Chapel, near St. Paul's. I really should spend more time there. October 25, 2010. 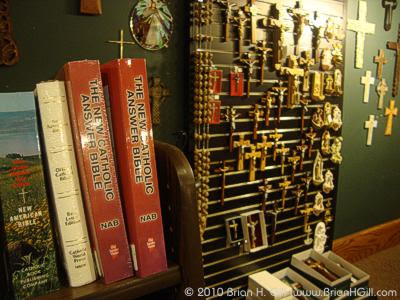 Inside a book-and-gift shop in Sauk Centre, Hidden Treasure. We're a very 'Catholic' community, and that affects what's on the store shelves. December 1, 2010. 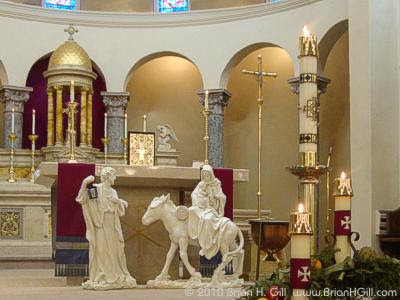 Our Lady of Angels, starting another cycle of the Church year. December 5, 2010.

Actually, her name is spelled 'Holt': "Artwork and a book by Deb Hold, a local artist."

Plural agreement: "My household like to have 'Catholic' art in view."

Right you are. My fingers seem to have had a cold. Found, and fixed: both.