Sleep and Being Human 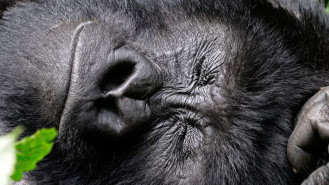 Humans sleep, which shouldn't be surprising. Just about all critters with brains sleep: mammals, birds, reptiles, amphibians, fish — even insects and nematodes experience something like sleep.

Poets and playwrights have written of sleep:


"For in that sleep of death what dreams may come,
When we have shuffled off this mortal coil,
Must give us pause."
("Hamlet," Act III, scene 1; Shakespeare)

Aristotle and others had studied sleep, but it wasn't until the 1937 that Alfred Lee Loomis and others began recording and analyzing data from folks hooked up to an electroencehalograph. Or maybe it was 1929.

Either way, we've learned quite a bit since then: and are discovering that there's much more left to learn.


An Animal: and Human 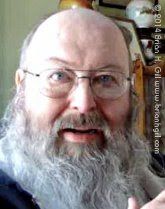 I'm an animal: a creature with physical form and senses. When I look in a mirror, I see eyes, nostrils, and a mouth; pretty much like most other animals. The hair tells me I'm a mammal, and other characteristics peg me as a primate.

I'm a Catholic, so I believe that God is making the universe: and that scientific discoveries are an invitation "to even greater admiration for the greatness of the Creator." (Catechism, 279, 283, 301-308)

If you've read these posts before, you know why I think the universe is billions, not thousands, of years old; Earth isn't flat; Adam and Eve weren't German; poetry isn't science; and thinking is not a sin.

Then there's my take on humility and the universe:
Bottom line, I figure that God gave us brains and expects us to use them. Now, finally, an eye-opening bit if research about sleeping primates. 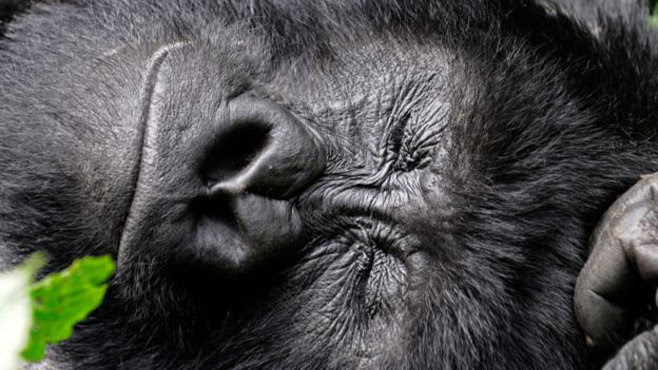 "I have always been envious of people who can get by with only six hours' sleep. I prefer eight, sometimes more. I can function on six, but after a few days my brain will be way below full capacity.

"How much sleep we get affects us all. Too much sleep makes us groggy and disorientated. Sleep too little and our mood and concentration suffer. If this carries on it can also cause serious health issues, heightening the risk of diabetes, obesity and high blood pressure.

"Most of us sleep between six to nine hours a night, meaning we spend about a third of our lives asleep. This may seem like a long time, but we actually sleep the least among all the primates – the group that includes monkeys, apes and us.

"So says a new analysis looking at the impact sleep has had on our evolution. The new research suggests that humans have evolved to sleep less, but also to sleep very deeply. This may help explain our success as a species...."

Hogenboom's article starts with Australopithecines, "extinct, close relatives of humans and, with the extant genus Homo, comprise the human clade," as Wikipedia puts it. 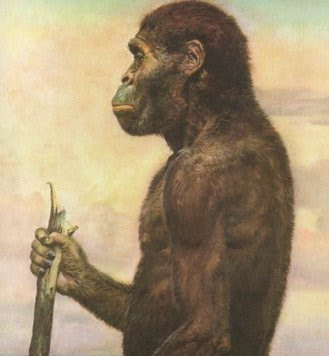 Australopithecines would have had a hard time trying to blend into a crowd these days. It wasn't just their height — they were around four feet tall for the most part. These folks had way more face and less forehead than today's model.

They had really small brains, too: 500 cubic centimeters; compared to 1300 cubic centimeters, give or take, on average now. I'm inclined to call them "who" instead of "what," though, since they quite likely had a gene that boosted the length and ability of neurons in our brains. (June 20, 2014)

Hogenboom says their bodies were more like other apes than ours are, and she's probably right. The point is that they probably slept in trees, like every other primate except humans.

This is a big deal, since about a million years later our remote ancestors had bodies shaped pretty much like ours: complete with the long legs we use to cover ground, at the expense of agility in trees. It's quite possibly that we started sleeping on the ground around that point.

The good news about that is that folks sleeping on the ground don't have to worry about falling out of a tree. On the other hand, predators had an easier time finding us on the ground. We may or may not have added fire to our toolkit by that time. 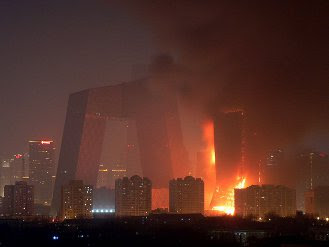 The earliest evidence of fire use is about 1,500,000 years old, and that's debatable. I wouldn't be surprised, though, if we learn that this basic tech is goes further back.

Homo erectus apparently made abstract marks, and definitely used tools. 'It happened earlier' is a continuing theme in our increased understanding of our past. (May 29, 2015; December 12, 2014)

Sleeping by a fire and having the Oldowan or Acheulean equivalent of a Bowie knife at hand could make the difference between being some critter's midnight snack, and having fresh meat in the morning.

Getting back to sleep, which isn't what I meant, primates (except humans) sleep in trees; and sleep a lot. But we dream more.

That's not guesswork or poetry. Dreams and REM sleep go together. Interestingly, our brains sometimes use more energy while dreaming than when we're awake, and I am not going to get snarky about classroom behavior.

Where was I? Sleep, primates, dreams. Right. David Samson and Charles Nunn of Duke University in North Carolina tracked how much primates sleep, and how long each species spends dreaming.

(From Correogsk, via Wikimedia Commons, used w/o permission.)


"...As well as noting how long the animals slept for, they looked at how much time they spent in rapid-eye movement (REM) sleep. This is when we dream, and when our brain consolidates our memories into long-term storage.

"Humans slept the least. The sleepiest primates were grey mouse lemurs and night monkeys, which slept for 15 and 17 hours respectively.

"But in contrast, humans spent the highest proportion of their sleep in an REM state: almost 25%. 'Humans therefore have the deepest sleep of any primate,' says Samson...."
(Melissa Hogenboom, BBC)

One more point, and I'll take a look at half-asleep crocodiles.

Folks living in industrialized societies couldn't possibly sleep well, right? I mean, we've got street lights and late-night movies and instant coffee — you get the idea.

In stark contrast, the "noble savage," uncorrupted by decadent civilization — I am not going to wander off on a discussion of 18th century sentimentalism, human nature, and getting a grip. Not now, anyway.

Turns out that in at least three non-industrialized societies folks get by on substantially less sleep than I do: 5.7 to 7.1 hours per night, averaging 6.4 hours. The folks, two hunter-gatherer groups in Africa and one horticultural group in Bolivia, stayed up well after sunset and woke before dawn.

They're generally healthy, and have no more trouble thinking than any other bunch of folks — so apparently they're getting plenty of sleep.

Maybe folks in my part of the world should take a hard look on the quality of our sleep. My experience suggests that making sure the bedroom is completely dark would help, and that's almost another topic.


2. "How Doth the Little Crocodile" 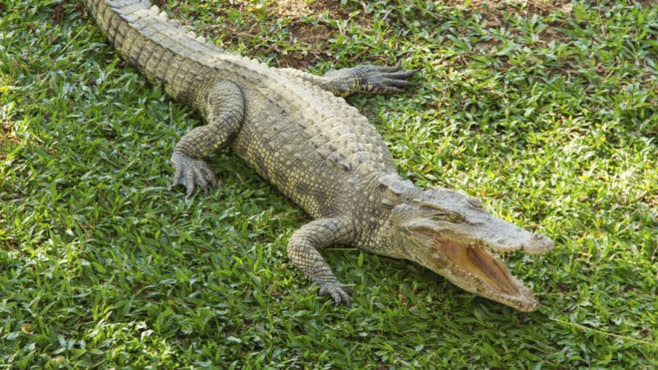 "Crocodiles can sleep with one eye open, according to a study from Australia.

"In doing so they join a list of animals with this ability, which includes some birds, dolphins and other reptiles.

"Writing in the Journal of Experimental Biology, the researchers say the crocs are probably sleeping with one brain hemisphere at a time, leaving one half of the brain active and on the lookout...."

The scientists haven't studied crocodile brain waves yet, but that step in their research is coming up. What they've done so far is observe the crocs, using infrared light when it's 'dark' in the critters' aquarium room.

Crocodiles are "a little snippy," as La Trobe University's Dr. Lesku said, so they worked with juveniles: 40 to 50 centimeters long.

A one-eye-open sleeping crocodile keeps its open eye on a human, or where the human was last standing; they do the same for other crocodiles, too.

We think of sleeping with both eyes shut as "normal," since that's how we sleep. But sleeping in shifts, one cerebral hemisphere at a time, may be more common. We've observed it in birds, aquatic mammals, and now crocodiles.

"Unihemispheric slow-wave sleep" may have developed independently each time. Or it may be a very old pattern, predating the days when tetrapods branched out to become today's amphibians, reptiles, birds, and mammals.

As I keep saying, there's much more to learn.

Email ThisBlogThis!Share to TwitterShare to FacebookShare to Pinterest
Labels: animals, biology, evolution, in the news, science