Processions of one sort or another are a big part of Catholic ritual. Somehow, Catholics in Sauk Centre had gotten out of the habit. I moved to this town in early 1986, and for seventeen years there wasn't a procession outside the church walls.

We had a Corpus Christie ("Body of Christ") procession on Sunday, June 18, 2006. I spent quite a bit of 2007 getting parts of me either fixed or swapped out, so I don't remember if there was a procession that year or not. I didn't record one again until Sunday, June 14, 2009. Which is where this post picks up.

After a brief mention of the event in my Sauk Centre Journal, I wrote: "I'll be writing about that later, in one of my blogs." That was about a month and a half ago.

Since then, I've found a pretty good discussion of what Corpus Christi is about: a homily given by Pope Benedict XVI on the solemnity of Corpus Christi, or Corpus Christi Sunday, June 15, 2006. A Vatican translation of "A Synthesis of Creation" is on the ZENIT website. 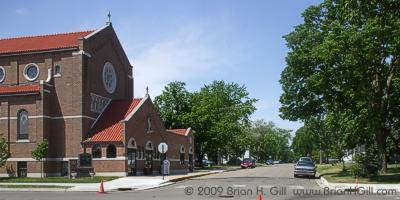 June 14, 2009, was a beautiful day. The procession started at Our Lady of the Angels church. 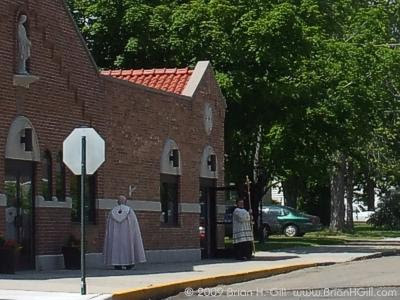 Here we go. That's the deacon, nearest the stop sign. The Crucifix leads the way. That's a double door they're coming out of: it's plenty wide most of the time, but today it's creating something of a bottleneck. 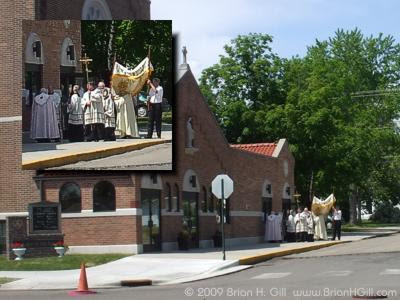 The monstrance is outside now, under a canopy. The four men holding the fabric had quite a job, walking and keeping it steady. 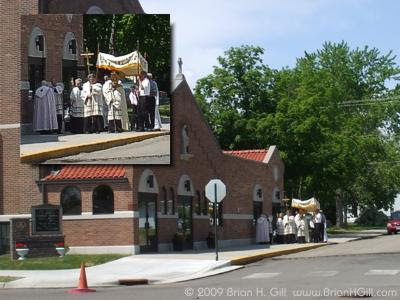 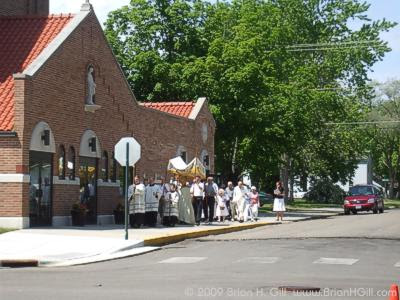 As I said: It's harder to keep that canopy straight that you might think.

That's it for tonight. I hope to add the rest in the next few days.