"Come Ride the Steel Dinosaur:" or, not

Benedict XVI's "Caritas in Veritate" says that religious freedom is important. Real religious freedom: not the sort of 'free to agree with me' version of 'freedom' you'll run into now and then. I've been over this before. A lot:


The Inevitability of Progress, and other Silliness

I remember the last years of an era when many folks in the English-speaking world assumed that science and technology would end poverty, abolish disease, and solve all our problems.

More recently, it's been fashionable to feel that science and technology will kill us all. I remember seeing house-sized rafts of suds floating down the Mississippi, so I can sympathize with that view. A little.

In retrospect, 'the inevitability of progress' looks silly. But folks who remembered what the 'good old days' before the stethoscope, (safer) elevators, antibiotics, or the soda fountain, were perhaps understandably excited.

Somewhere around the middle of the 19th century, the notion that religion is against science popped up. (March 14, 2012) Maybe since serious thinkers of the day saw science as the path to all good things, the idea that religion is bad for people makes a little sense. Sort of.

When 'we're all gonna die' replaced 'the inevitability of progress,' the notion that 'religion is bad' got carried along with relatively little change.

I'm a practicing Catholic, so I don't share the 'religion is icky' attitude. I also think that science and technology can be very useful: or can be misused. And that's another topic.

For which of the following is religion a motivating factor?
The correct answer is "D."

What happens when folks with different assumptions act on their beliefs depends on what they believe: 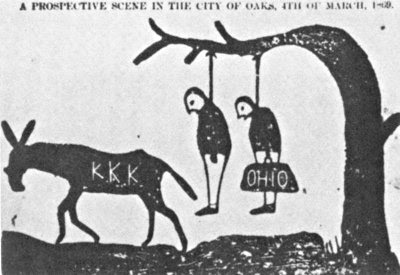 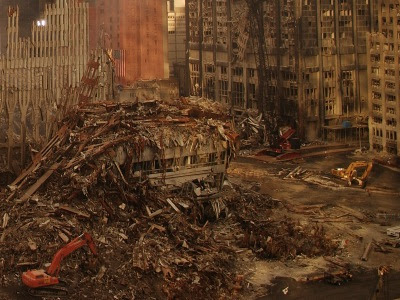 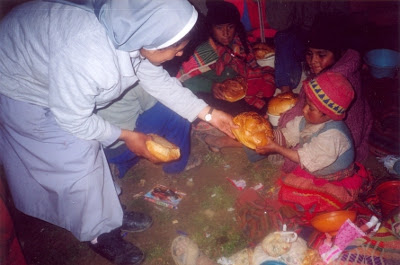 
The KKK: More Than Race

In my youth, folks involved in various iterations of the Ku Klux Klan were better known for their attitude toward people whose ancestors came from Africa. The Klan's concerns covered a wider field, though: 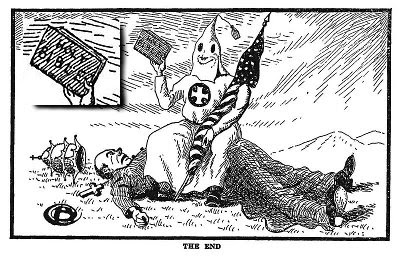 In American culture, at least, religion often seems to be involved when folks go off the rails. (November 25, 2010) And that's yet another topic. Topics.


Domination, Wealth, and Killing in the Name of God

"There is another aspect of modern life that is very closely connected to development: the denial of the right to religious freedom. I am not referring simply to the struggles and conflicts that continue to be fought in the world for religious motives, even if at times the religious motive is merely a cover for other reasons, such as the desire for domination and wealth. Today, in fact, people frequently kill in the holy name of God, as both my predecessor John Paul II and I myself have often publicly acknowledged and lamented[68]...."
("Caritas in Veritate," 29)

Benedict XVI goes on to say that violence "puts the brakes on authentic development," among other things.


"...This applies especially to terrorism motivated by fundamentalism[69], which generates grief, destruction and death, obstructs dialogue between nations and diverts extensive resources from their peaceful and civil uses...."
("Caritas in Veritate," 29)

Religious fanatics can do a great deal of damage. But trying to stamp out or trivialize religion isn't a good idea either.

Humanity "is not a lost atom in a random universe." ("Caritas in Veritate," 29)


"...If man were merely the fruit of either chance or necessity, or if he had to lower his aspirations to the limited horizon of the world in which he lives, if all reality were merely history and culture, and man did not possess a nature destined to transcend itself in a supernatural life, then one could speak of growth, or evolution, but not development...."
("Caritas in Veritate," 29)

"...God is the guarantor of man's true development, inasmuch as, having created him in his image, he also establishes the transcendent dignity of men and women and feeds their innate yearning to 'be more'...."
("Caritas in Veritate," 29)

"God is the guarantor of man's true development" and "feeds their innate yearning to 'be more' " doesn't sound much like the "self-satisfied ignorance" that religious people are supposed to wallow in. I've opined on this before:
Then there are folks who seem determined to prove that religion is a psychiatric condition. As I've said before, with friends like these, Christianity doesn't need enemies: 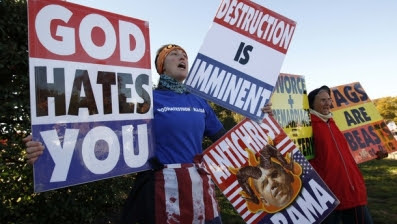 But, as I've also said before: in my considered opinion, those are not typical 'religious people.' I don't even think they're typical American Protestants.

Here's why religion, the sane kind, is a good idea:


"...When the State promotes, teaches, or actually imposes forms of practical atheism, it deprives its citizens of the moral and spiritual strength that is indispensable for attaining integral human development and it impedes them from moving forward with renewed dynamism as they strive to offer a more generous human response to divine love[71]...."
("Caritas in Veritate," 29)

One of the 20th century's legacies is debris left from idealistic efforts to stamp out religion and set up a workers' paradise. I suspect that we'll be cleaning up the mess for generations. Full-bore Laissez faire capitalism didn't work out so well, a bit earlier, and I've been over that before. (March 13, 2010)

A society without religion can look good on paper. But I think we need the "moral and spiritual strength" that a coherent faith promotes.

"...economically developed or emerging countries export this reductive vision of the person and his destiny to poor countries. This is the damage that 'superdevelopment'[72] causes to authentic development when it is accompanied by 'moral underdevelopment'[73]."
("Caritas in Veritate," 29)

If "development" is good, wouldn't "superdevelopment" be better? That depends on how a person defines "better."


"...This super-development, which consists in an excessive availability of every kind of material goods for the benefit of certain social groups, easily makes people slaves of 'possession' and of immediate gratification, with no other horizon than the multiplication or continual replacement of the things already owned with others still better. This is the so-called civilization of 'consumption' or 'consumerism,' which involves so much 'throwing-away' and 'waste.' An object already owned but now superseded by something better is discarded, with no thought of its possible lasting value in itself, nor of some other human being who is poorer...."
("Sollicitudo rei socialis," 28) [emphasis mine]

I don't think wealth, abundance of material goods, is a problem by itself. Placing too high a priority on material goods? That can be a problem, a lethal one. (August 1, 2010)

"Super-development" doesn't seem to be all that new:


"I amassed for myself silver and gold, and the wealth of kings and provinces. I got for myself male and female singers and all human luxuries.

"I became great, and I stored up more than all others before me in Jerusalem; my wisdom, too, stayed with me.

"Nothing that my eyes desired did I deny them, nor did I deprive myself of any joy, but my heart rejoiced in the fruit of all my toil. This was my share for all my toil.

"But when I turned to all the works that my hands had wrought, and to the toil at which I had taken such pains, behold! all was vanity and a chase after wind, with nothing gained under the sun."
(Ecclesiastes 2:8-11)

About two dozen centuries later, Robert Hazard seems to have a similar reaction to 'riding the steel dinosaur:'

I'm far from immune to avarice and the desire for immediate gratification.

My parents endured the great depression of the 1930s, though: so I'm uneasy about throwing out plastic bags instead of cleaning and reusing them. That's no great virtue on my part. It's just the way I was raised. And that's yet again another topic.